From the PORAC Newsletter:

PORAC Endorsed SB 230 Passes Unanimously Out Of The Senate

On Tuesday, May 28th the PORAC sponsored bill SB 230 made it's way through the Senate floor with a unanimous vote of 38-0 and is now on it's way to the Assembly. PORAC, along with its partners within the Law Enforcement Coalition, made up of multiple public safety organization have worked tirelessly to move this important and impactful bill one step closer to becoming law.

During this same time, AB 392 has seen major amendments from its original form. Without these amendments, we would have continued our strong opposition to the bill. The amendments to AB 392 were so substantive, every major law enforcement association in California that opposed AB 392 has now withdrawn their opposition.

This language, even the use of the word necessary, is consistent with current federal and state case law. Yesterday the Assembly passed AB 392, also with a unanimous vote of 68-0-12. The pair of bills together will "make the state of California the No. 1 in the nation on dealing with use-of-force issues," said Brian Marvel, PORAC President.

Make no mistake about it, we would have never removed our objections if we felt that this legislation put any officer in greater danger of losing their life, job or freedom.

Peace Officers Day At The Capitol

On Tuesday morning, before the Senate was about to discuss and vote on SB 230, a coalition of Law Enforcement organizations and agency's were gathered at the Capitol to stand with law enforcement and make our voices heard by the legislators. It's been long over due and the timing was just right for public safety and it's supporters rally together and defend ourselves. This may have been the first-ever Peace Officers Day At The Capitol, but it will certainly not be the last! Check out more photos from the event here. 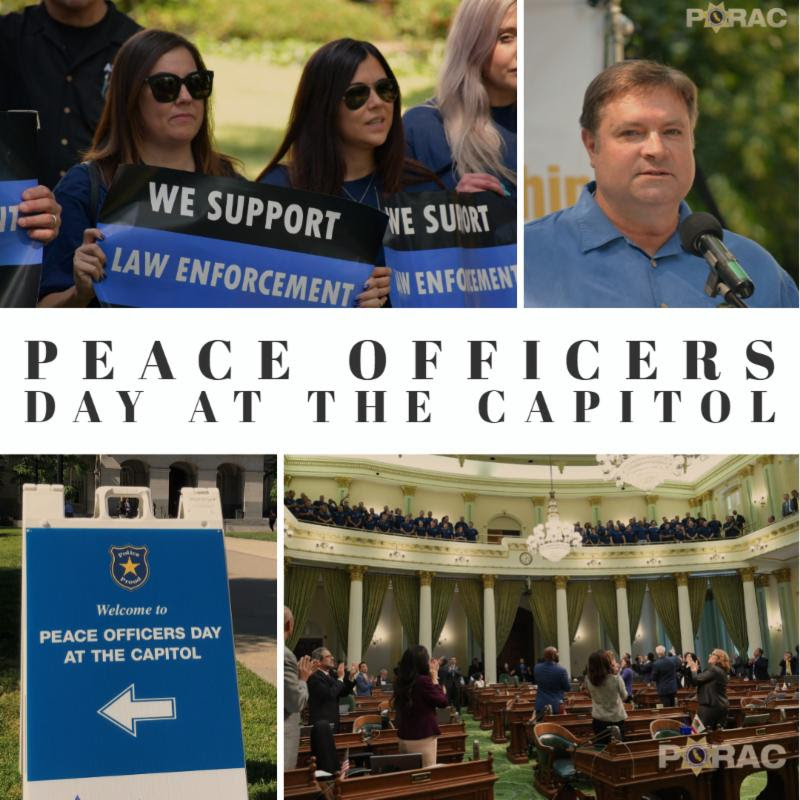 Stay informed and involved with all things PORAC and Law Enforcement. Follow & Like us on Social Media for the most up to date content!
#WeArePORAC #PORACAdvocacy #YesOnSB230